In preparation for this new-look website, which we hope will be up and running before Easter….

The Centre was closed for several weeks at the turn of the year, allowing the decorators in to smarten the place up a bit and the electricians to install some new brighter led lights. The result was more than satisfactory – and since re-opening at the beginning of February the life of the Centre has reverted to is usual routine, with its ministry of prayer and hospitality remaining our first priority.

One problem still remains – how to deal with the woodworm discovered in the beams and rafters. But it looks as if that will have to wait until next winter’s closure weeks. 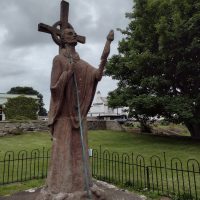 How to plan a spiritual retreat