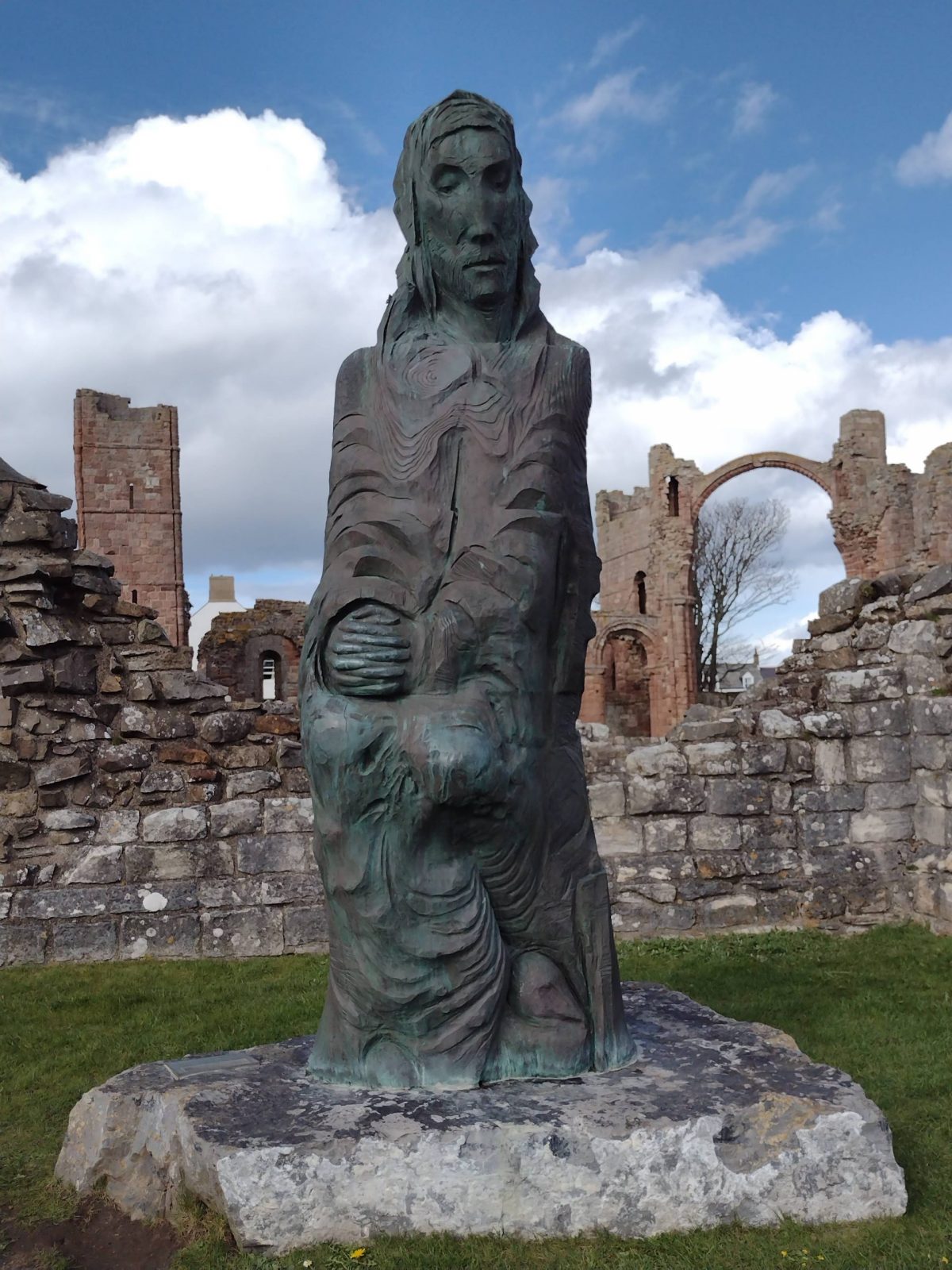 The story of the Holy Island of Lindisfarne is linked with the lives of the Celtic saints whose names are still revered throughout the north east of England.

Much of the information we have about them is found in the Venerable Bede’s “Ecclesiastical History of the English Nation”, which tells how King Oswald, when he gained the crown of Northumbria, sent to the monastic community of Iona for missionaries to convert his people. At first the mission was unsuccessful; but when a monk by the name of Aidan took over the work things quickly changed. Aidan made his headquarters on Holy Island, just across the water from the king’s palace at Bamburgh.

Today we are reminded Aidan’s significance through the modern statue which stands in the churchyard of St Mary’s parish church, close to the ruins of the medieval priory.

The next stage of the story focuses on Cuthbert, who grew up in the Borders close to Melrose Abbey. Bede tells us that on the night that Aidan died in 651 Cuthbert, having seen a vision of angels, made his way to the abbey and offered himself as a monk. Eventually he became Abbot of Lindisfarne, and then was granted permission to absent himself from the community and live as a hermit on the Inner Farne, just a few miles out to sea. As preparation for this solitary lifestyle, we are told that he had spent many hours alone on St Cuthbert’s Island – the rock just offshore from Holy Island, cut off at half tide, and today marked by a large cross. 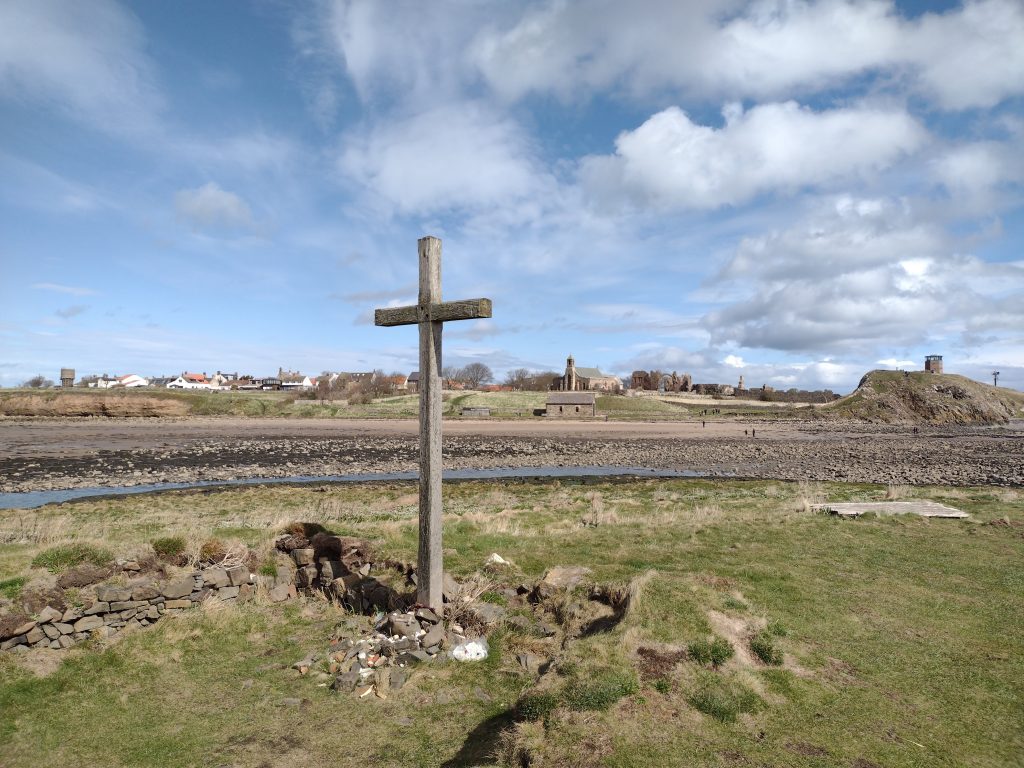 Towards the end of his life Cuthbert was called back to the community to become the Bishop of Lindisfarne, but it is clear that his heart remained with the solitary life, and the company of the birds and the creatures that still are a feature of the Farne Islands today. Bede records a number of delightful legendary stories about the saint, such as the otters who come to warm and dry his feet after he has been praying in the sea all night, as well as describing his active last years as a bishop, caring for the poor, and offering himself as a soul friend to all who called on him.

Cuthbert returned to the Inner Farne to die. His body was brought back to Lindisfarne for burial; and within a matter of years his tomb had become a place of pilgrimage. A century or so later, repeated Viking raids led to the monks exhuming his body and fleeing for safety; and for more than a hundred years Cuthbert’s coffin was carried around the north of England, looking for a final resting place. That turned out to be Durham, where eventually the great Norman cathedral was raised over Cuthbert’s shrine.

Our own St Cuthbert’s Centre, in common with many churches across the north of England, is named after the saint. (Some are in places where his coffin rested on its long journey.) Around the island shores today you are still likely to see eider ducks, which are commonly known as cuddy ducks, sharing the popular form of his name and recalling the special protection he afforded them. And the St Cuthbert’s Way, the 62 miles long distance footpath opened in 1996 that begins in Melrose brings walkers eventually across the sands on what is still known as the pilgrim way, to journey’s end here on Holy Island.